Since some of our readers were skeptical about the claims in previous article on senior LTTE leaders being annihilated by the army, here are some photographic proof to back up those claims. More pictures will be released to the media once preliminary investigations by a special MI team are over. 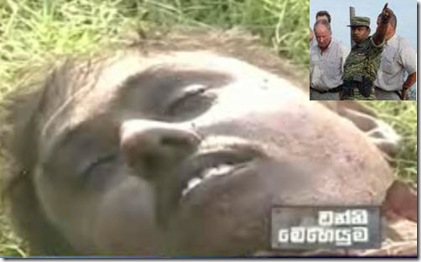 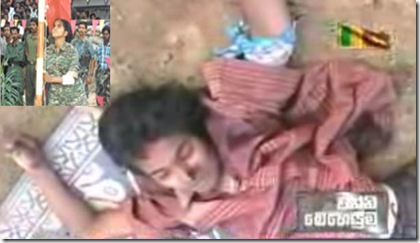 Photographs were captured from the SLRC new video uploaded to YouTube by lkwebnews. Full video can be found here.