More than 30 LTTE cadres including 2 Lt. Colonels of LTTE's elite Charles Anthony brigade, were killed in fierce firefights that raged in Mallavi today (25th). Fighting broke out when advancing troops of the 57 division were met with a medium scale LTTE counter offensive near Vavunikulam tank. 57 division soldiers, assisted by the army's special forces units, were able to successfully resist the LTTE attempt to regain control of area surrounding the tank. 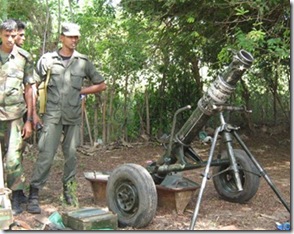 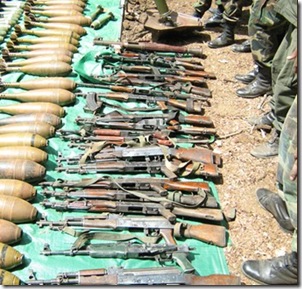 Troops have so far been able to find 33 bodies (27 male and 6 female) of slain LTTE cadres. In addition to the individuals identified as Pallawan (LT. Colonel) and Ambumanii (Major), 6 more senior cadres from the Charles Anthony brigade have been killed in battle. Troops have also recovered a large haul of arms and ammunition left behind by the tigers.

Meanwhile the Sri Lanka Navy  FACs attacked a LTTE boat movement off Mullaithivu coast yesterday (24th) evening. A group of 10 small LTTE boats were targeted by the gunboats and 3 of them submerged after taking damage. Naval commandos from the Special Boat Squadron (SBS) were also deployed for this mission.